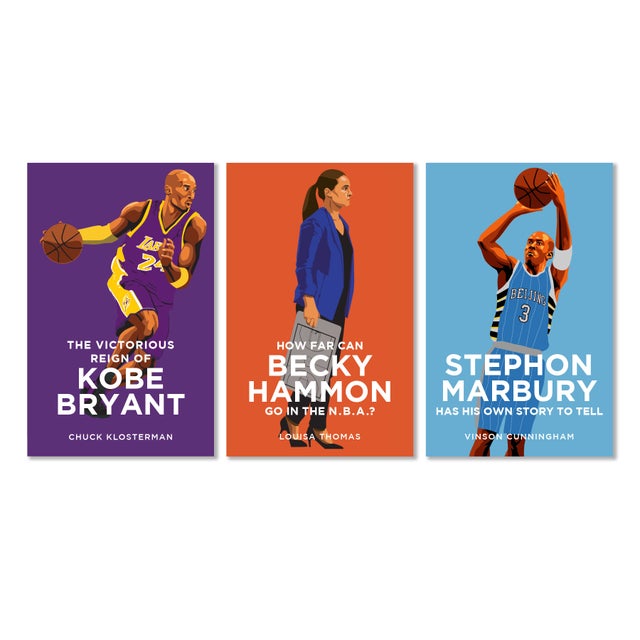 Pre-order now, while supplies last! The NBA Collection 3-Book Series will arrive from our printer soon. Shipments to customers will begin in late April.

The NBA Collection 3-Book Series features three legends that blazed their own path to success. They proved it can be done with dedication, hard work, and persistence. Learn valuable lessons about how they did it, which can be applied to whatever you do in life. You have no limits. This special series is destined to be a collector's item. The covers are designed by an award-winning illustrator based in New York City.

Each book will inspire you. Order now.

"I was a wild horse that had the potential to become Secretariat, but who was just too fucking wild." - Kobe Bryant

Kobe inspired a generation in the NBA and around the world with his success on the court and off. V is For...The Victorious Reign of Kobe Bryant is a rare interview about how he conquered the game to become one of the all-time best. Kobe accomplished much in his life that was cut short, here is a sample.

There has never been a female head coach in the league. Becky will not be denied, but she is up against incredible odds. This interview will take you inside Becky's mind as she pursues her dream to be the best coach. Becky has accomplished much in basketball:

Book 3 - Stephon Marbury Has His Own Story to Tell

"I wasn’t endorsing something I wasn’t wearing. I literally went to the store, picked up the shoes off the shelves, paid for the shoes, walked to the Garden, put the shoes on and got busy." - Stephon Marbury

Stephon Marbury was one of the best basketball payers to come out of the ultra-competitive five boroughs of New York City. His game is timeless. Read how he left the NBA behind to find himself in China. Marbury accomplished much in his career:

Each mini book is 52 pages. It's the perfect size to put in your pocket, and read on the train, bus, a doctor's appointment, lunch break, or just about anywhere you need a break from your smartphone--and the distractions of a noisy world.